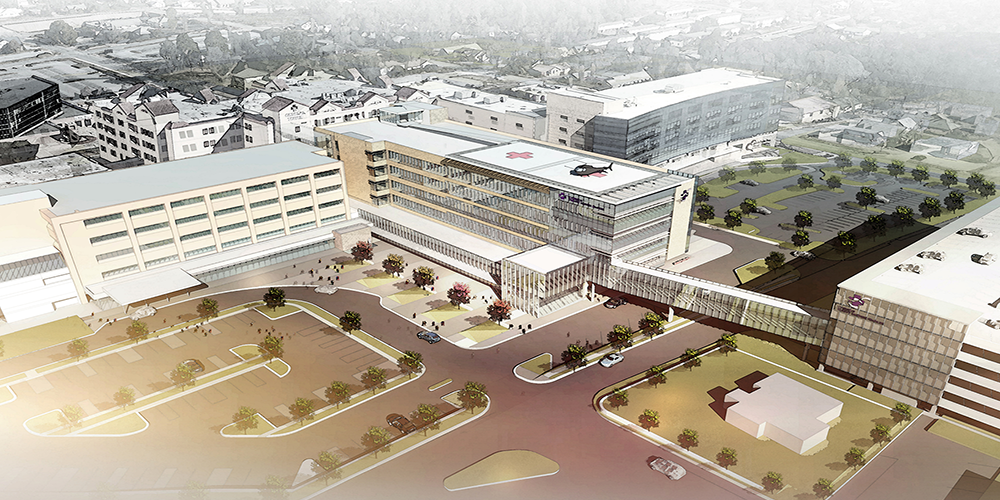 McCarthy Building Companies, Inc. is leading the way in digital construction innovation. The necessity for improved design phase services and integration with design partners continues to increase in the construction industry, challenging project teams to work together in innovative ways while delivering exceptional client experiences on every project. To achieve optimal communication in the digital space, it is essential that all project phases integrate seamlessly, ensuring no information is misinterpreted between parties.  Across all McCarthy regions, there is an emphasis on integrating virtual design and construction (VDC) workflows with traditional preconstruction and operational services. This emphasis is aligned with one of McCarthy’s cornerstone business goals: to not only be the best builder in America, but to also be the best Integrated Virtual Builder (IVB) in America. At the outset of a project, teams now work to fully define what McCarthy’s Virtual Design and Construction (VDC) processes and building information modeling (BIM) mean. An IVB program is being put in place to integrate these capabilities in a meaningful and lasting way.

As long-time users of Autodesk products, McCarthy’s focus is on refining the details of its workflows to optimize every aspect of a construction project. In the pre-construction phase, teams were finding that project estimators spent too much time accessing model files, pricing out the models, and returning the files to project owners for review. During the construction phase, McCarthy wanted to address change management inefficiencies for mechanical, electrical, and plumbing (MEP) systems—a common challenge in the industry. When it became possible to integrate Assemble with existing Autodesk tools, McCarthy teams found the answer they were looking for to effectively communicate between multiple stakeholders while saving time across the project phases. 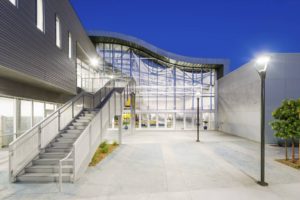 The pre-construction phase of any project involves multi-level coordination between the design teams, the construction team, and the project owner. The McCarthy office in Newport Beach was facing this challenge during the ATEP – Irvine Valley College IDEA Building project. The current process for providing the project owner with budget estimates first required a single, monthly delivery of updated project building plans. The team then spent two to three weeks pricing items on the plans, then several more weeks passing the drawings back and forth between stakeholders for validation. In the span of six months, the team would complete three to four estimates. The team wanted to accelerate this process while adding value within budget for South Orange County Community College District.

Similarly, the McCarthy team in Northern California wanted to reduce downtime spent waiting for and reviewing file exports. The team was tackling a new student union project for a major university and was already familiar with the Autodesk® BIM 360® Design suite after successfully leveraging it to build a new science lab for San Jose State. The new project was an opportunity for the team to refine their skills and improve workflow processes between project estimators and design teams. The design-build project was smaller scale than the lab in San Jose, but about a dozen sub-consultants and trade partners would be working with McCarthy to see it completed. This offered the team an opportunity to meaningfully improve communication. 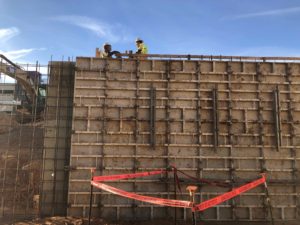 Once construction is underway, different challenges arise on a project. The McCarthy team in Dallas was working on the CHRISTUS Trinity Mother Frances Hospital New Patient Tower Expansion in Tyler, Texas. Managing changes to MEP systems while construction is underway is a common challenge in the industry, and this project was no exception. The six-story building’s stormwater system needed a re-design that would re-route the connection of the structure’s main storm line tie-in to the city from the south side of the tower to the North through the basement. The solution was to re-route the system to the North Side of the building, but this was challenging to accurately plan and execute in the middle of construction and even more challenging to communicate to stakeholders. The team was struggling to quantify the change order and visualize the impact the re-design had on the stormwater system throughout all floors of the building. The team needed an effective way to demonstrate that this radical solution could work—and work well. 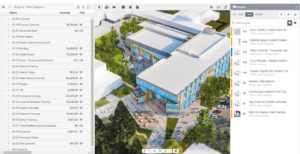 The ability to integrate Assemble with the BIM 360 platform was a game-changer for all three McCarthy teams. Each team had some familiarity with the program prior to the integration capability. When Assemble became available within the Autodesk collection of products, the student union project team took the opportunity to activate the link between Assemble and BIM 360 Design. On the student union project, training was set up on a weekly cadence, focusing on one fundamental per week within the BIM 360 Design Suite. The Assemble integration then became one of the subjects covered during the weekly training sessions. Every Friday, team members were successfully publishing new files, ready to be consumed the following Monday. This faster cadence was also seen on the Irvine project, allowing estimators to access information and deliver estimates to the design teams much faster. With the Autodesk Enterprise Business Agreement (EBA) in place, the Autodesk team was always at the ready should any issues occur during training. 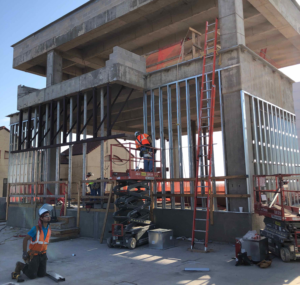 While Assemble improved the pre-construction phase, McCarthy saw improvements during construction as well. To effectively communicate the stormwater system design change to the CHRISTUS TMF Hospital project stakeholders, the team used Autodesk® Navisworks® to create two digital models: one that showed the previous design, and one that showed the new design. The models were then integrated with Assemble to numerically show the difference in quantification between the two designs, while also demonstrating a clear visual of the redesign’s impact throughout the building. This was reviewed by project stakeholders to clearly communicate the proposed changes. 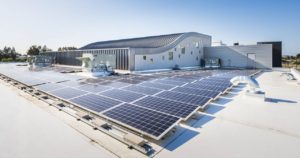 The preconstruction team on the ATEP – Irvine Valley College IDEA Building project completed 25 cost-updates in a six-month period – a feat that wasn’t possible prior to the Assemble integration. Getting the owners, South Orange County Community College District, involved in the design process early means communication is much more transparent. If changes need to be made to the design, these can be communicated and completed within three to four days. McCarthy has now won more work with this owner thanks to the fluidity of the pre-construction process, and the execution of the work that took place in the field. In addition, the design teams McCarthy collaborated with have approached the firm expressing the desire to collaborate in the future. Implementing Assemble brought transparency to the design process, which truly enabled a partnership.

“Our design teams that rolled this out have come back to us asking to work with us again on design-build in the future. They felt very comfortable with that transparency. So, it’s not just project owners that are happy with this Assemble integration. Our design teams are coming back to us and saying, ‘Let’s do this again.’”

With Assemble integrated into BIM 360 Design on the student union project, project needs are now communicated through the issue module much more quickly. Team members are better able to respond within the collaborative space, saving time on design development and in the overall workflow. Through the Assemble integration with BIM 360 Design, issues generated by the estimators and the successive responses by the Revit authors was reduced significantly. In addition, the project estimator has easier and quicker access to files—enabling faster estimates and more reliable target value refinements.

“It’s useful because all the information is available into the same suite of products that everybody is using which helps facilitate the design development. Whereas before, information was fragmented and went into silos. Now we have more people brought in together, creating a more centralized base of information.”

To effectively communicate the extent of the impact of a major change order, the McCarthy team previously would have taken measurements and created model comparisons by hand. The quantification used to take a project team member one day to complete, plus additional time to generate drawings and review them with stakeholders. Integrating Assemble with the 3D modeling solutions avoided these time-consuming tasks while significantly improving communication between the team and the project owner—an invaluable asset.

“Integrating Assemble allowed everybody to get on the same page with exactly what we were talking about in terms of the different types of quantities the project team was dealing with. It allowed everyone to see where the changes occurred in the building, understand the impact, and go through a process of questioning the data in a productive way. At the end of the day, it allowed the project stakeholders to visually relate the impact of the re-design to the associated quantities & costs in the change order. It was a great way to get the team all on the same page and work through that process a lot quicker than we typically do.”

Across the project lifecycle, the integration of Assemble with other Autodesk products has improved workflow times. Perhaps most importantly, communication between all stakeholders has improved substantially—ensuring project owners, construction teams, and designers all have a full understanding of the project at all phases. Better communication leads to better collaboration—setting the stage for highly innovative and creative project solutions.