Most Assemble users know that using the software on a project can add huge value – from quantification to variance and beyond. But have you ever thought that your use of Assemble could be a selling point in winning a bid? The Joint Venture team of Satterfield & Pontikes Construction (S&P) and Fretz Construction did. And, by showing how they can track and manage a project through preconstruction and construction using Assemble – and provide the owner with all the transparent project details they desire – they beat out two other General Contractors for the job.

Built in 1952, the Annunciation Greek Orthodox Cathedral is a 6,086 square foot facility in Houston, Texas. Known for its intricate design and stonework, the Annunciation Greek Orthodox Cathedral is a landmark in the city. As the cathedral’s membership has grown, so has its facilities needs. The facility is currently in schematic design with Phillip Johnson + Alan Ritchie Architects on an 11,744 square foot expansion that will retain and preserve the exterior east and west ends of the building, replacing the middle section with a major addition in width and height, as well as expand the courtyard. Construction on this $12 million project is expected to begin in early 2017.

Assemble’s Use on the Project 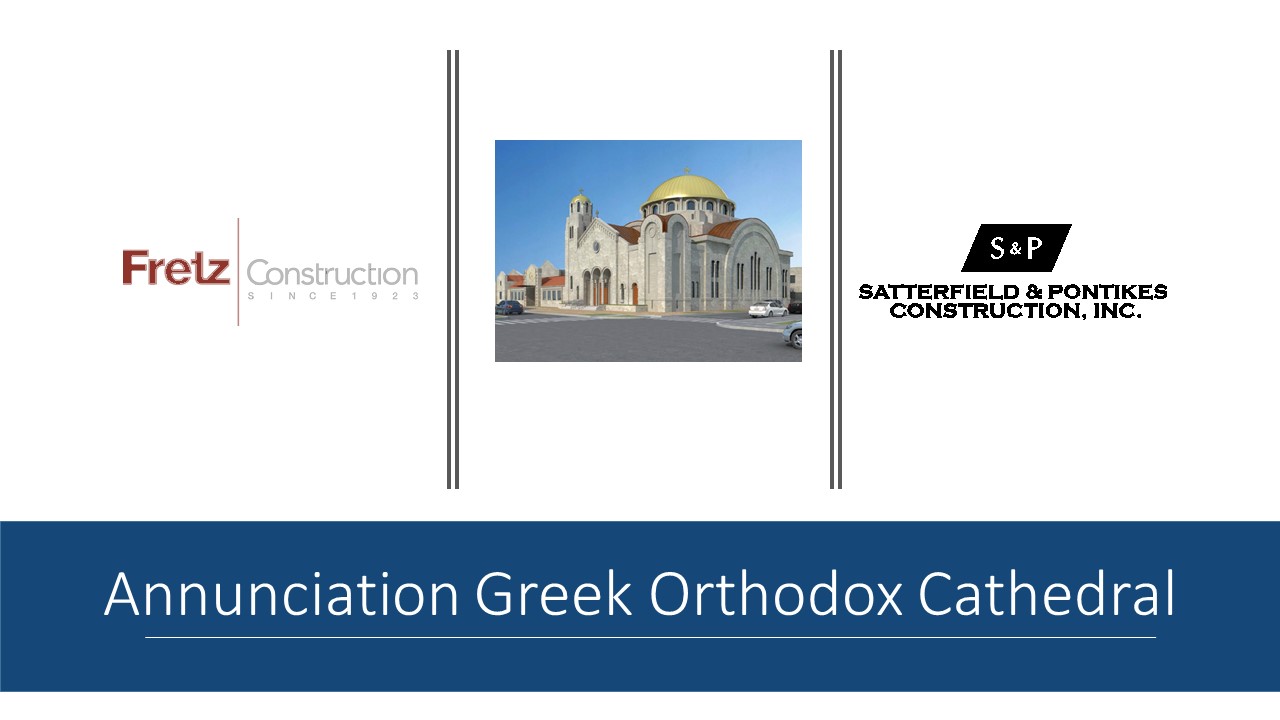