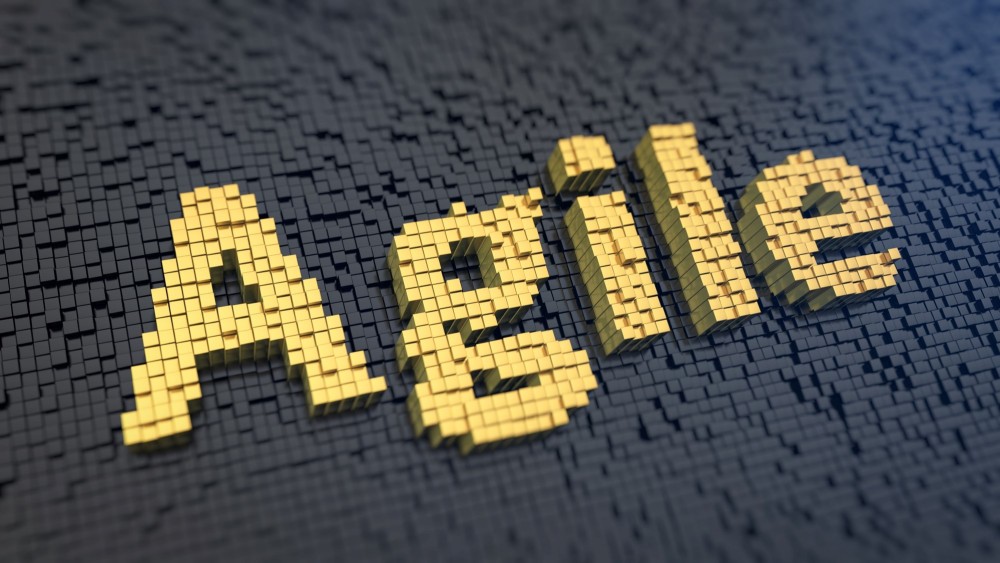 Why Small is the Key to Big Agile Results

It’s tempting to solve software application performance problems by throwing hardware at the problem. Since machines are relatively cheap, horizontally scaling by adding more servers is a common initial remedy. However, this soon runs into diminishing results since large numbers of machines can’t optimize code.

The same principle applies to Agile software development teams. Since the market can provide nearly unlimited sources of programming talent, hiring more developers is a common remedy for solving the perception that not enough work is getting done. However, a large number of developers can’t optimize the work that flows through the Development Team simply through numeric strength.

Contrary to what most people would intuitively think, taking a small approach to software development can increase the amount of work that can be completed by an Agile software development team, especially those that practice Scrum. This requires understanding the concepts of small teams, small releases, and small vertical slices.

Small teams are better positioned to efficiently and effectively manage Scrum events like Sprint Planning, the Daily Standups, the Sprint Review, and the Sprint Retrospective. Having a small team size increases the likelihood the team communication is focused and fast decisions can be made.

Since Agile teams thrive in an environment with co-located teams that interact through face-to-face contact and regularly reflect with each other, Development Teams with more than nine people can’t communicate effectively enough to maximize their agility.

It can be tempting to drive a software development team to deliver big releases chock full of awesome features. However, small releases with a small set of features provide benefits to both the team and to customers.

When a team considers which items to pull into the Sprint Backlog from the Product Backlog during Sprint Planning, small features (we call them user stories) are essential. Small user stories are easier for the team to understand because the work is specific and granular. This simplifies the process of determining the effort needed to complete each feature by the Development Team. Small user stories reduce the difficulty of determining the complexity, risk, and size of features by lowering uncertainty. The Product Owner and Development Team can quickly obtain a shared understanding of the work and produce accurate estimates. Furthermore, smaller user stories allow Development Teams to feel an almost daily sense of progress as they finish features throughout the execution of the sprint.

When a small set of features are delivered to customers, they are better able to understand the delivered software and provide feedback. Give a user ten complicated features and they’ll delay giving you feedback for as long as possible. However, give a user three simple features, and you’ll get feedback before you return from your coffee break. The human mind can only process so much information at once, and we delay analyzing large data sets when we can get away with it. You can confirm this by simply checking the number of unread emails in your inbox.

Developers often think of applications in terms of horizontal layers, and they often build software layer by layer. For example, developers will often build the entire back end database for a release, then the application logic, and then the user interface. It’s not uncommon for Development Teams that take this approach to finish a sprint with one layer “Done”. However, this is not a working product increment. How can a back end database be discussed during a Sprint Review? How can a user interface, no matter how elegant, be shown in a demo if it doesn’t work? Furthermore, delivering these layers separately from each other hinders the ability for upper layers to teach you about the lower layers. For example, if the back end database is fully developed before the user interface is started, then problems that can only be detected by the UI can result in the need to rebuild the database.

The next time you spin up an Agile software development team or try to improve an existing one, consider taking a small approach. Seek to create a small team that delivers small features in small vertical slices. You may be surprised by the size of the results.

This blog post is by Anjuan Simmons. Anjuan Simmons is the Agile Project Manager at Assemble Systems, responsible for coaching the Development Team in Agile software development practices. Anjuan has spent 5 years in the construction industry removing impediments from the paths of software engineers and delivering working software that customers love. Prior to building software in the construction industry, Anjuan worked for 15 years implementing enterprise applications. Anjuan earned his BS in Electrical Engineering from The University of Texas at Austin and his MBA from Texas A&M University.