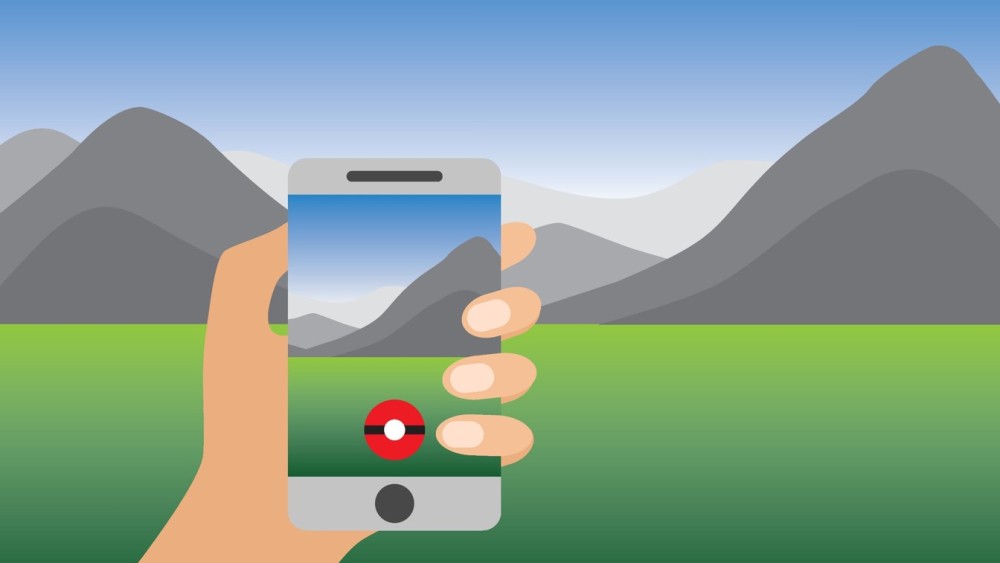 Have you ever been a fan of a local band that suddenly hits No. 1 on the charts? Or loved a TV series that nobody else watched until it suddenly swept the Emmys?

That’s the feeling that I and a lot of people in our industry are experiencing these days with the spread of viral sensation known as Pokémon Go. It’s not because I’ve secretly been chasing Pocket Monsters all these years, but rather because it’s generated an amazing amount of interest in the field of augmented reality – that being the overlaying of virtual elements over a real environment through the use of a device such as a smartphone, a handheld tablet, or a Head Mounted Device (HMD).

According to Google Trends, searches for “augmented reality” spiked to an all-time high in mid-July, exactly the same time Pokémon Go went viral. In case you haven’t been watching television, the Internet, or been in any public place lately, the game layers a virtual world over the physical one using smartphones, requiring players to travel to certain locations – many of them parks, businesses, or school environments – to “collect” Pokémon characters, which can then be made to “battle” one another in individual or group competitions. In addition to the addictive qualities of the game, its players have become the game’s best form of advertising – TV cameras and reporters have followed countless people as they traipse through the real world in search of virtual rewards.

Augmented reality is a really exciting technology in that it has the potential for success in a real mixed-use space; it’s not just going to be exclusive for entertainment and games. This was highlighted at the recent DIRTT ConneXt 2016 convention where DIRTT showed off its ICE 3D visual and specification software for a large crowd. A speaker wearing an HMD “built” a room and then an entire office on stage using augmented reality software, ultimately allowing audience members to view the same virtual structures via an app on their cell phones. The view from his HMD was broadcast on large screens in the auditorium, and audience members were able to watch him seamlessly interact with the virtual environment, even using a real tape measurer to get an accurate figure on the height of virtual kitchen cabinets at one point.

This sort of innovation can be a game changer in AEC because it’s possible to make real-time changes to the design environment by having someone else sitting in front of a computer redrawing it as you go along. So while in the real world all you’re looking at is an empty box, when you’re using an HMD interface, you see the building appear in that box. The walls come up and let you walk through the shell of an office space or an interior, and if you want to change it from drywall to glass, with the push of a button that happens.

The real selling factor, both in our industry and in a lot of other ones, commercial, entertainment, etc., is that you’re designing something where people can get comfortable in a technology without understanding the technology.

As BIM Managers, we are very comfortable navigating 3D environment, we do this day in and day out. It is second nature to us because my generation grew up playing video games like DOOM and Halo, but take my parents generation and hand them the controls and they would inevitably get stuck in a corner or run in a constant circle. Augmented reality removes that technology barrier from the equation, by mixing virtual environment with physical space in a way that feels very natural.

Augmented reality enables all stakeholders to not only visualize the environment but experience it before it is even built. By putting on a headset and physically walking through the space they can look at the project details and complexity and make critical decisions. That is generating a lot of excitement and a lot of potential in our industry, so much so that a recent report by investment firm, Woodside Capital Partners revealed that $1.1 billion has been invested in its development in the year to date, with 90 rounds of funding occurring between January 2015 and March 2016.

This blog post is by Tim Kelly.  Tim Kelly is the Product Manager at Assemble Systems, responsible for working closely with customers to develop the product strategy and roadmap. Tim has a wealth of experience within the construction industry, having spent the last 7 years innovating with BIM in design and construction from the general contractor and construction management perspective. Tim earned his BS in Construction Science from Texas A&M University and prior to joining Assemble Systems served as BIM Manager at Satterfield & Pontikes Construction.