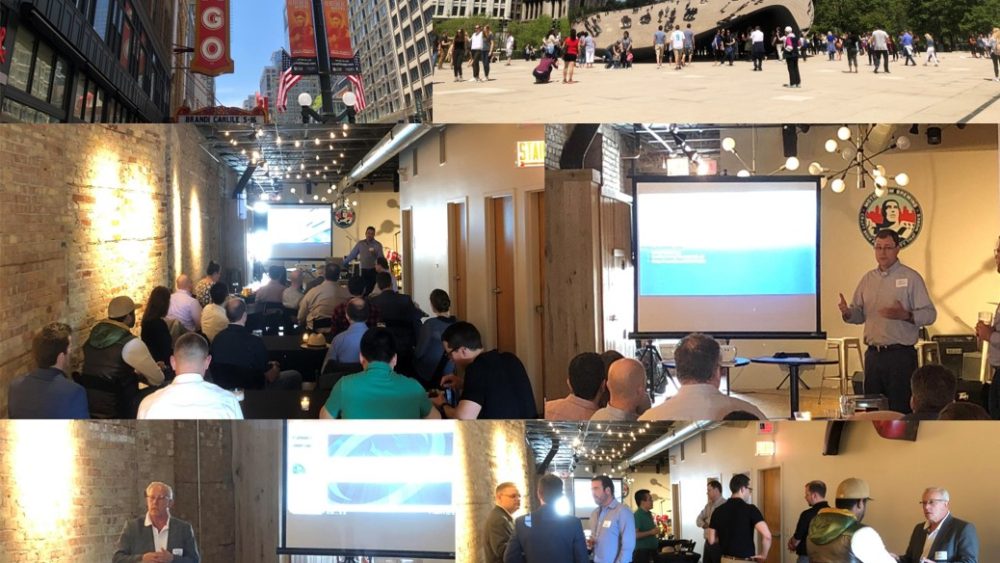 Assemble on the Road: Chicago, IL

Assemble on the Road: Chicago, IL. – Last month, we were in The Windy City to host our workshop at Motor Row Brewing. Before making it over to the brewery, some sightseeing was on the agenda… and with the weather the way it was, it made the day that much more enjoyable while taking in the views.

Over at Motor Row, John Mamuscia from Assemble welcomed attendees, before handing things over to Alan Hoffman from Mortenson and Ken Dickert from iSqFt for their presentations.

Alan’s crew at Mortenson has been using Assemble for about four years and he spoke about how they use Assemble for model visualization, quantity takeoff and design comparisons and updates. All speakers reassured the audience that once you get accustomed to the power of Assemble’s properties, you can work on projects with confidence.